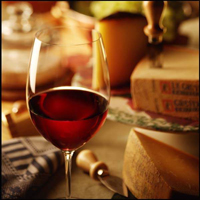 Are domains like a fine wine, improving with age (from a SERP ranking perspective)? Contrary to what you may have heard previously, the answer is a resounding – YES.

[***Note – this entry was composed a few weeks ago, as part of my process for queuing up sufficient content for this blog.  But today I saw that Rand Fishkin does some debunking of domain age in a Whiteboard Friday today – so I decided to push this posting out – sorry Rand, I must disagree! ***]

First, some background. Google filed a patent application in 1995 which was granted in 2008 titled “Information retrieval based on historical data”. It talks about scoring a document based on the document’s inception date which could be determined in a number of ways.  Two of the inventors names are eye-catching; Matt Cutts (no introduction required), and Monika Henzinger (if you Google her you can see she is an information retrieval/search engine academic researcher from way back, a heavyweight in this discipline).

In paragraph 39, the patent application says “the date that a domain with which a document is registered may be used as an indication of the inception date of the document”.

…but if you watch it a few times, you’ll notice the following:

Throughout the video there is a lot of rambling about how WHOIS information is somehow difficult to obtain even for a registrar like Google (frankly, a laughable claim – Google practically knows what you had for breakfast this morning, but they have a hard time getting WHOIS information?). Also Matt sort of pooh-poohs domain age because Google has data on when a page was first crawled or when a link to it was first detected anyway. Of course, before a page can exist at all its domain must be registered, by definition, so this angle doesn’t make much sense either.

Well, there is some finally hard data that sets this issue to rest.

Recently, some academics published the result of an extraordinary study. They used Ph.D-level machine learning techniques to essentially create what amounts to their own search engine. They then collected Google Search Engine Results Pages, and then extracted a large number of features from each individual page. They then trained their search engine using Google’s results, and eventually their engine was able to correctly predict 8 of the top 10 Google results about 80% of the time.

In these academics’ resulting paper “How to Improve Your Google Ranking: Myths and Reality“, they actually went over the data and reverse-engineered how important each feature they extracted from the pages was for ranking – and domain age was one of the features they looked at. As the graphs in the paper illustrate, domain age was a little less than 1/5 as important as PageRank, and more important than having the keyword in an H3 tag or in the Meta-Keywords tag (which they found actually mattered slightly, surprisingly).

The paper is based on research done prior to Google’s Caffeine update. However, although Google is constantly tweaking their ranking algorithms, they probably don’t change them radically very often. Most of the improvements Google seems to have been making over the last few years have been oriented around individual search use-cases like travel, local searches, social updates, and so on, rather than broad swaths of overarching changes to all SERPs. So it’s likely that even after the Caffeine update, Domain Age still matters.

Does this mean you should run out and buy an aged domain, and follow some convoluted process to convert it over to your website to ensure Google’s age counter doesn’t get reset? Perhaps. How does one do so? Good question. There is a lot of tinfoil-hat and coconut-headphone stuff out there on this topic, but I have found none of it convincing – and the truly successful people who use this technique probably aren’t talking! If you are reading this and you have any data or even anecdotal evidence in that regard please post a comment – I would really like to dig into that question as well down the road.